“You had me at hello,” said Sen. Eileen Donoghue (D-Lowell). “The work you do is so important and MEFAP is critical. I support increasing funding and you can quote me on that.”

While indicators point toward the state’s economic recovery being in full swing, with unemployment dropping, Donoghue added we are also facing a state budget shortfall and the fact that for many Massachusetts residents the recovery hasn’t yet become a reality.

“So many people you serve have a dire need,” she said addressing Food Bank staff and staff and volunteers from member agencies. “It is easy for us to overlook that when we focus on the data and the big picture, but the need remains great. There are sad situations that without you would be tragic.”

One in nine Massachusetts residents are hungry. They do not know from where their next meal will come.

Thirty-seven percent of those people do not qualify for government benefits. They rely on more than 800 food pantries, feeding programs and shelters supported by the four non-profit food banks across the state to feed their families.

Those food banks (The Merrimack Valley Food Bank, The Food Bank of Western Massachusetts, The Greater Boston Food Bank and the Worcester County Food Bank) rely on the Massachusetts Emergency Food Assistance Program (MFAP), which provides staple items like eggs, milk, meat and fresh produce, many of which are grown or produced right here in Massachusetts.

During FY14, Massachusetts food banks distributed more than 64.9 million pounds of food, 29.8% (19.3 million pounds) of which was purchased through the MEFAP program.

The Food Bank Coalition of Massachusetts is requesting a $6 million increase in state funding of the program from $14 million to $20 million, with $1 million (just 5%) used to cover administrative costs. The additional $5 million in direct funding will provide 700,000 more nutritious meals in FY 16 than are available this year. 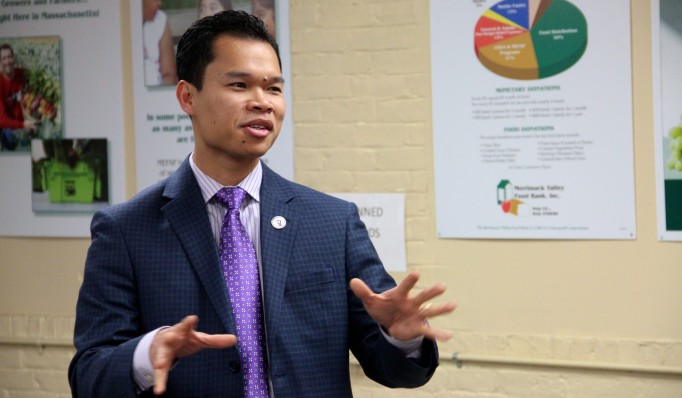 “I know what it is like to not have food or know if I will survive another day,” said Mom, who fled the Cambodian genocide. “I have been through that, and I support the increased funding.” 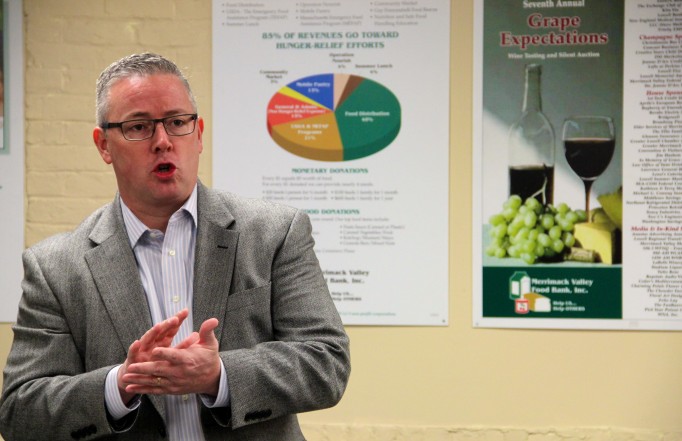 Golden pointed out that in some parts of the state 1 in 4 children are food insecure.

“That is heartbreaking,” he said. “I am in full support (of increased MEFAP funding); whatever it is we can do we will.”

“You serve a population that is always in need,” he said. “Whatever we can do on the local level we will do to support you and the work you do.”

Dave Dumaresque, better known simply as Farmer Dave, noted that MEFAP is about more than just handing out food. It is an economic driver. 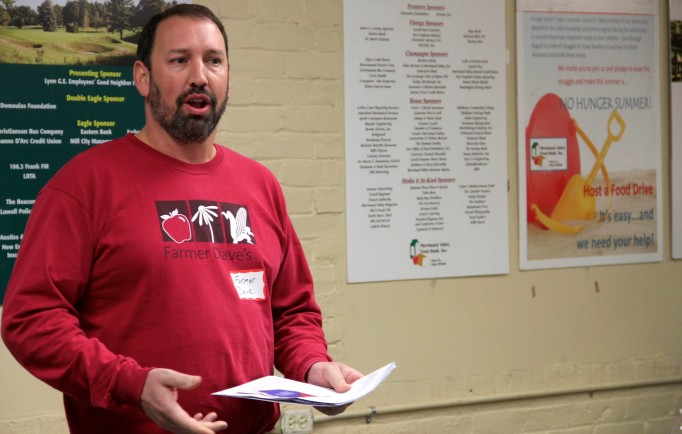 “If we can produce food locally, we can create jobs while providing food,” he said, adding he employs 50 people at his farm who without that work would likely be clients at local food pantries. “We are saving money by giving money through MEFAP.”

Greater Boston Food Bank Executive Director Catherine D’Amato echoed Farmer Dave’s sentiments, explaining Massachusetts is one of only a few states with a program like MEFAP and that it is a crucial economic development tool.

“It helps to sustain farmers and food manufacturers, then goes to the food banks and is truly feeding Massachusetts on the other side,” she said.

“So many families and individuals are counting on this state program for help with food.  The increase we request from the legislature, as the Food Bank Coalition of Massachusetts would be used directly to purchase nutritious food,” said MVFB Executive Director Amy Pessia. “We strive to provide this food so that adults may work- or look for work, seniors may take their medications properly, and children may learn, thrive and grow.” 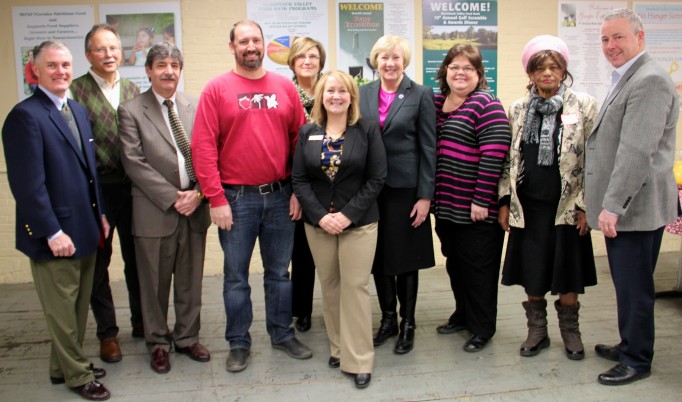 Friday’s open house was also attended by several representatives from member agencies including the Dracut Food Pantry, St. Vincent de Paul of Dracut, the Westford Council on Aging, Presidential Gardens of Haverhill, the Point After Club of Lawrence, the Lowell Transitional Living Center, Table of Plenty of Chelmsford, as well as Craig Richov from the Massachusetts Department of Agricultural Resources and Don Siriani, Legislative Director for Sen. Bruce Tarr (R-Gloucester). 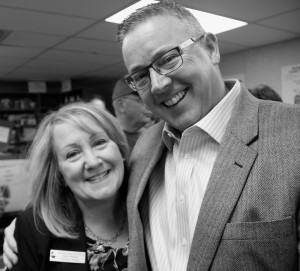 The Merrimack Valley Food Bank is invested in documenting and discovering opportunities and funding for food banks.